The Battle of The Elbaubach

…  homage to The Battle of the River Elbow by David Barnes which was published in The Wargamer’s Newsletter in the 1970s.
This is the game Steve and I are playing at The Cotswold Wargames Day in Northleach on Sunday.


The Emperor of Astrovia and The Elector of Vaubaria are at odds, as the famous saying goes, so little introduction is needed. A balanced Vaubarian force of horse, foot and guns, under The Markgraf Karl von Orff, has been despatched into the disputed territory of Mundania which nestles between the competing states. 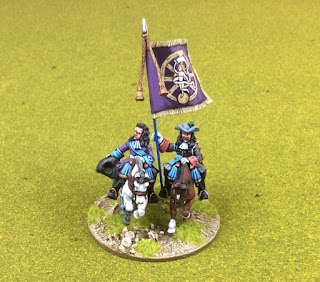 Here is the map of the disputed territory of Mundania, which is squeezed between the Electorate of Vaubaria (to its west), and the Astrovian Empire (to its east). 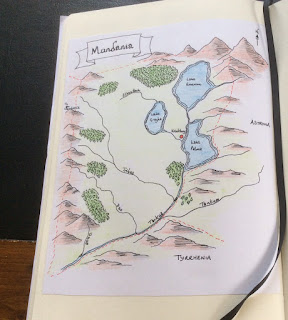 Only major features are shown on the map, including the capital of Mundania, Krisdeburg. The rest of this region is a patchwork of small hills, farms, hamlets, villages, woods, copses, rivers and  streams - perfect wargaming territory in fact!
Approaching The Elbaubach from the north, having made a wide sweeping move northward on entering Mundania, the Markgraf finds himself facing a similarly sized Astrovian force under the command of Reichsgrafen von Schwarzenatter arriving south of the river.
Whoever can command the crossing, will win the day. 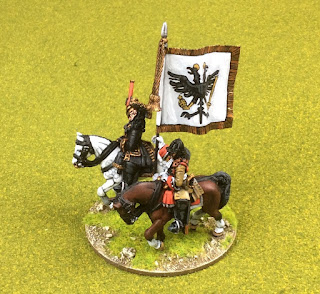 Steve and I are very much looking forward to the showdown, and to meeting a few blog readers who may have made the journey to the Cotswolds.

A report on the action will be forthcoming sometime next week.
Full details of The Cotswold Wargames Day can be found here: