One of my favourite units from all those listed in Charles Grant's book 'The War Game' is The Oldenburg Rgt.
And I've always fancied doing them for the Pils-Holstein army for my mid-18th century campaign.

And here they are! All painted, based and flagged by me. Figures are my own range, not commercially available. 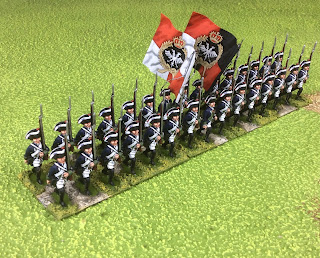 Below, Oldenburg supporting other battalions of the Pils Holsein brigade (The Leibgarde and The Kronprinz Grenadiers). 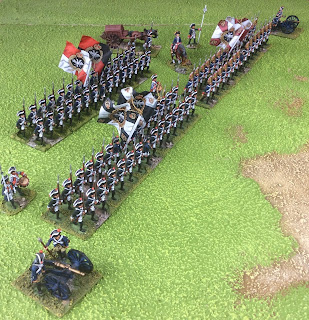 I was privileged to play with the original Oldenburg unit when doing games with Charles S Grant for the various publications I helped with over decade ago, notably, The Wargames Companion and The Raid on St Michel.

I was recently searching through an old hard drive and came across all the photos I took back then. Here is one of those photos - you can pick out the original Oldenburg regiment advancing up the Lobosch Hill during our refight of Lobositz, where young Charles (Charles M) took command of them, and they performed magnificently. 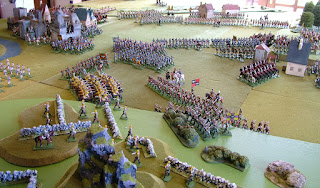 I was surprised when I first discovered that the originals wore green coats. I had always assumed that most of the VFS army was in blue (an erroneous assumption made from looking at the old B/W photos in The War Game!).

My version pays homage to the originals, for even though mine wear the dark blue of the Pils Holstein forces, they have green lapels, cuffs, and turnbacks. The flags have a style similar to the original as you can see... I have two flags for my battalions, so it made sense to have one with black/red quarters and one with white/end quarters, both with the arms of PH in the centre. 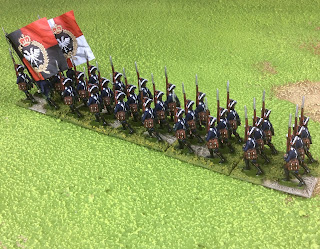 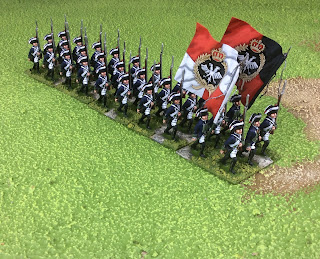 They may get a game very soon... 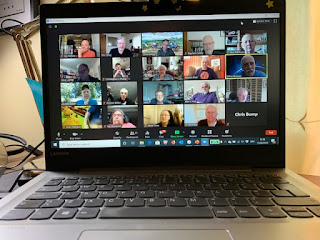 With the usual breakout rooms chatter, the show n tell, and presentations from a number of members on current projects, it provided hobby inspiration and painting momentum. Join us if you'd like some of the same... see the details on the right.
All the best...


Not all our members are bloggers, by any means. However, a few are, and links to their online journals can be found below...