As I mentioned in previous posts, I've decided to resurrect my TYW project a little this year.

First up, Darrell Hindley painted these figures for me a few years back, and I've finally got round to basing and flagging them.
Flags are painted on linen. 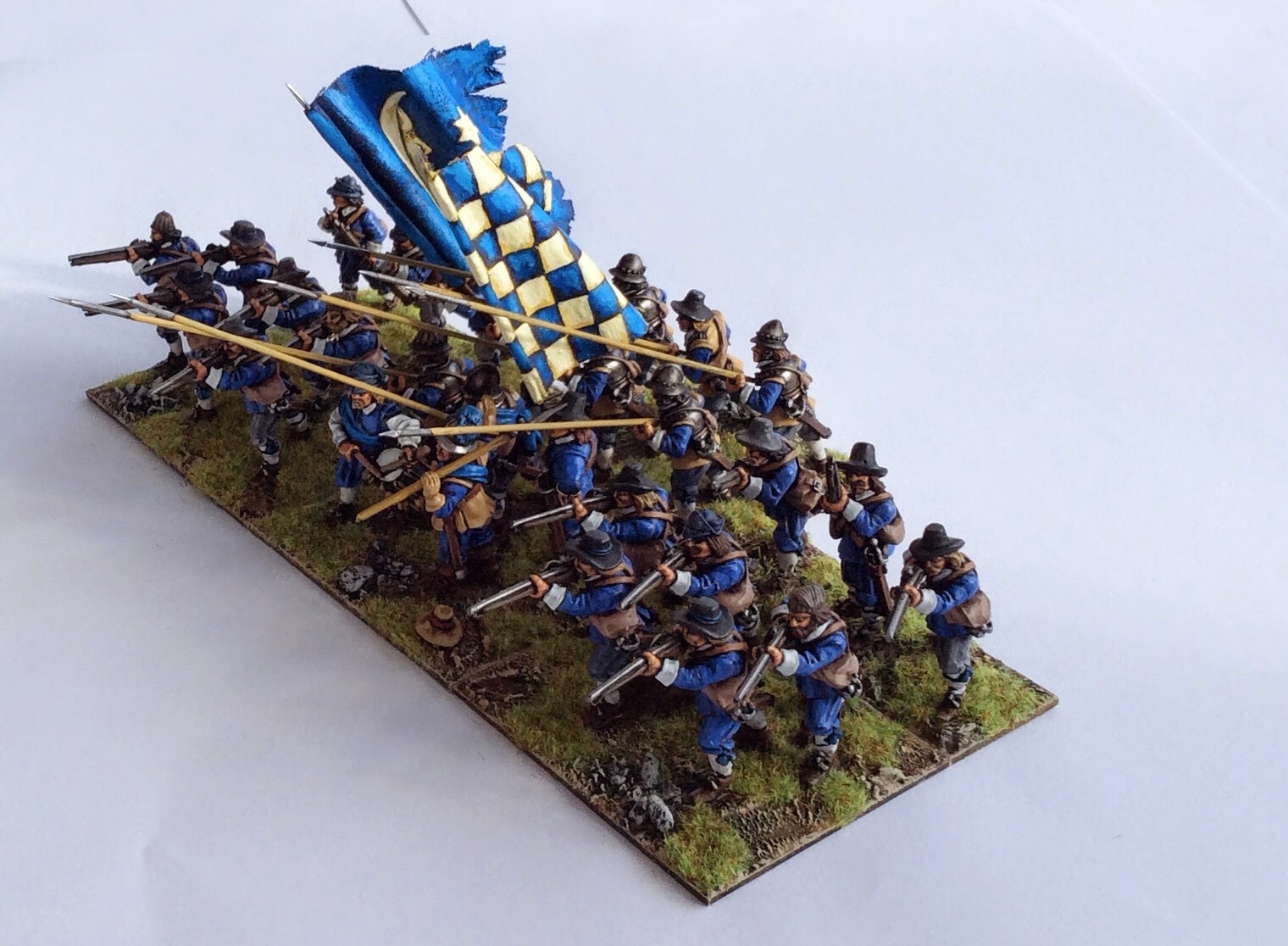 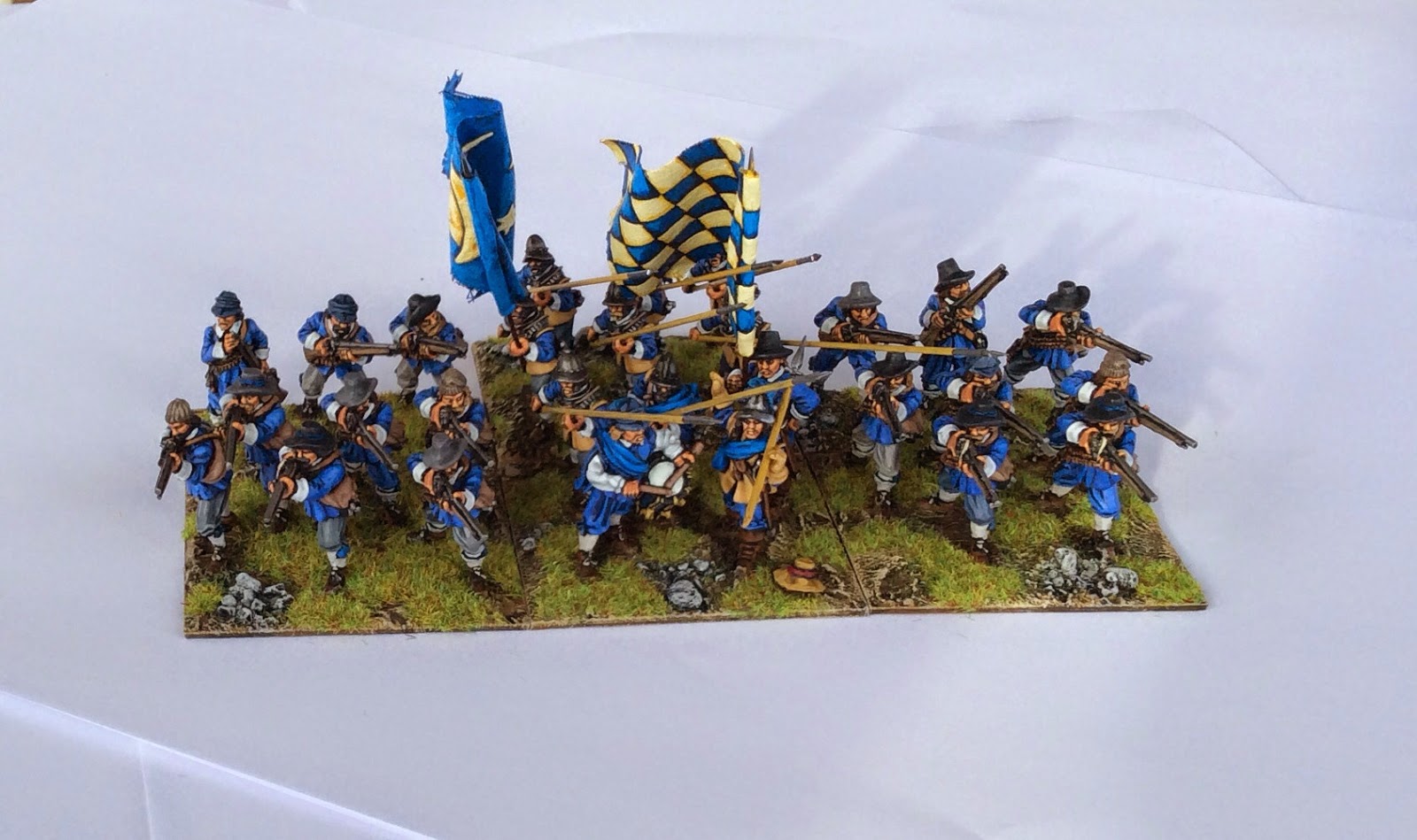 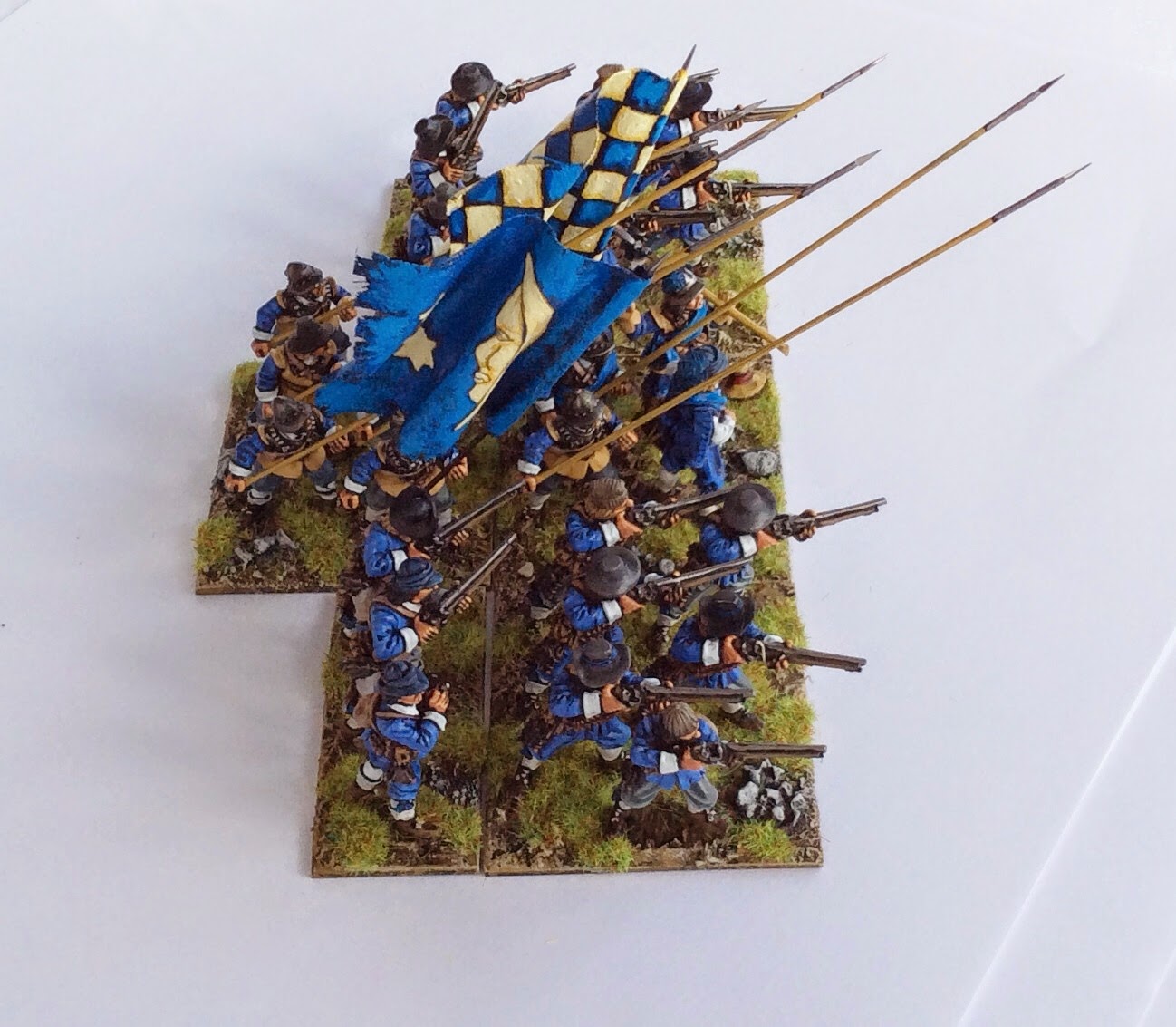 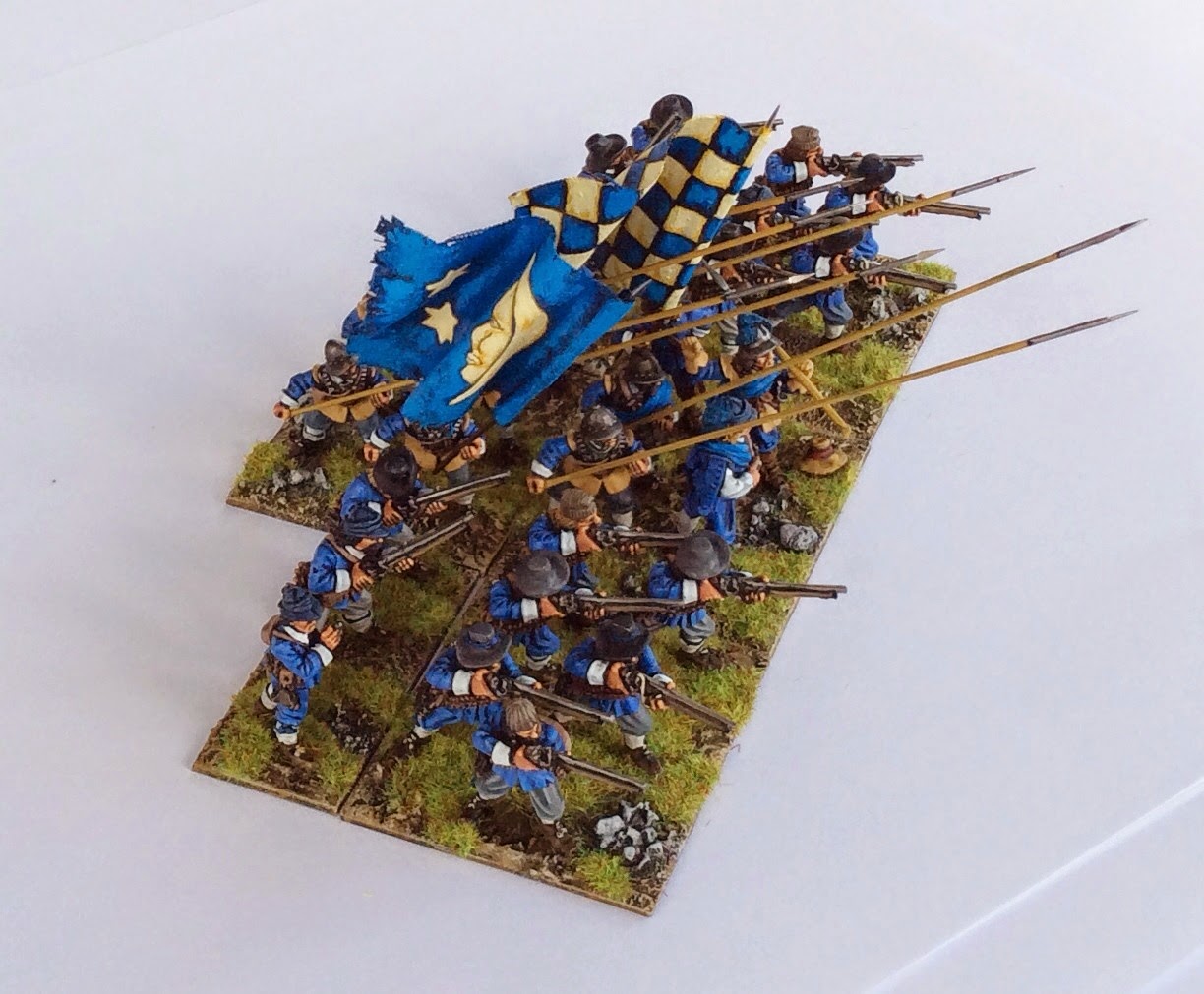 All this 17th Century lark had me thinking over the past few weeks...
Many moons ago I saw the Sealed Knot (or ECWS) perform a display in Coventry precinct before holding one of their musters at Coombe Abbey the following day.
As a 13-14 year old (ish), I was transfixed, and always fancied a go.
Until recently, that wasn't possible, but I've decided (37+ years later) to give it a go. Well, you're only here once, eh?!
Oh, and before I hear the howls of derision about middle-aged men dressing up and playing at soldiers, don't worry, I've heard it all on another forum.
It amazes me that wargamers (many of whose girth means they haven't seen their own deployment zone in decades), pour scorn on other hobbyists, but are aghast and infuriated when the press/ media/ general populace don't take them seriously.
But that's me just getting on my high horse - something I won't be doing in my re-enacting! Although I have joined a Royalist Dragoon Regiment.
Watch this space...