What have I been painting?

What have I been painting?
Don't tell 'em... Pike.

As in Successor pikemen.
This is the third phalanx unit for the fictitious (imagine-Ancients) Macadamian army. 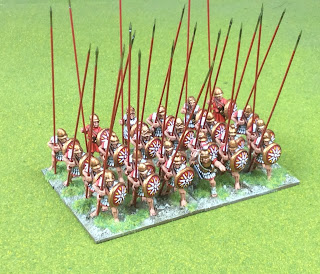 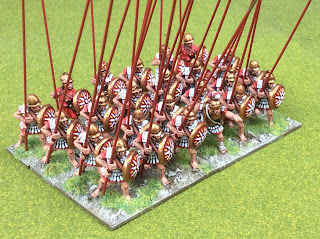 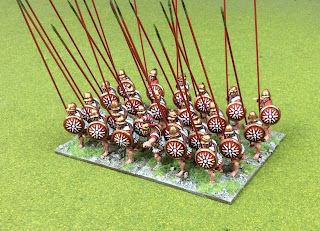 Here are the three pike units arrayed together... 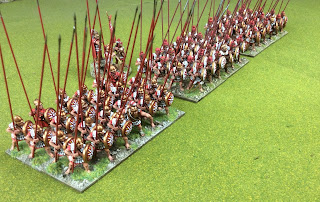 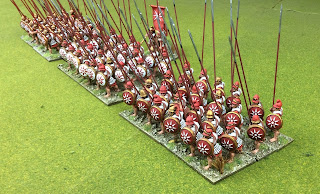 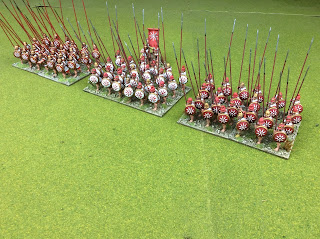 My  solo Successor campaign, in the Acrymonia Peninsula (don't bother looking for it on a map; it doesn't exist) is starting to formulate in my mind's eye... 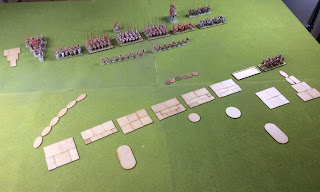 The Macadamians will also be appearing in Henry Hyde's Bathelas campaign.
The joys of the Successor period, of course, mean that for that particular campaign, elements of the Antithesid army might join them to add extra variety.

All the fun of the ancient world...
Later this week, though, Steve and I will be having a game in a different period (or two). I'll do an update on that at some point either later this week or at the weekend.

Meantime, I might just have an hour or so at the painting desk on the next unit in the queue.

The latest unit in the Successor project, just finished.

Enjoyed painting these Thracian peltasts, although the cloaks make them look like they've been clothed in an old carpets and curtains warehouse! 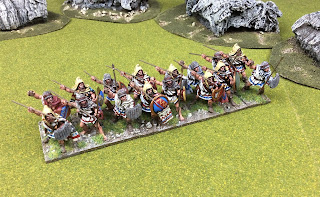 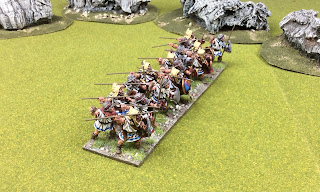 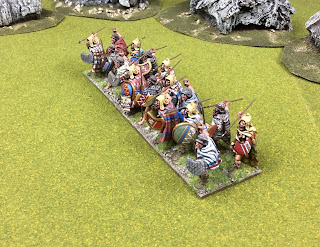 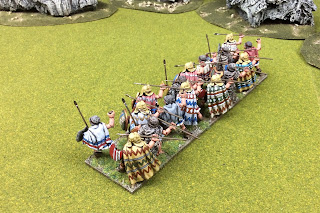 They will add some colour to the Successor armies, and can fight for whichever side they fancy, making them a versatile addition to the project.

Last weekend was spent in York. Stevie G and I did the tourist thing on Saturday afternoon, with trips to The Jorvik Viking Centre and also Betty's (well, you've got to really). We've both visited York many times, but neither of us had been to Jorvik for some years, and it has, of course, been renovated relatively recently, so it was well worth the visit. A thoroughly enjoyable experience. Well recommended.

The Vapnartak show was a bit of a shopping expedition, as well as meeting up with many hobby pals. David (of 'wargame amateur' blog fame) brought a book with him to donate to the Warcabinet bookshelves... And it's a really good read, adding to the ancients inspiration. 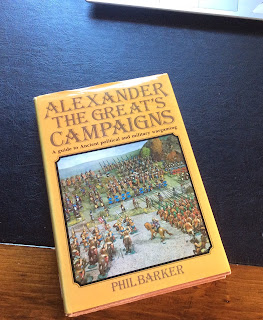 The York show is always a good chance to catch up with old pals, and new. And that seemed to be the trend. Shopping and chatting. Didn't really look too closely at the games, although what I saw was nicely presented, and people seemed to be enjoying the participation games.
York represents the sallying forth of wargamers from winter-quarters, and that, I think, is the secret to its success. Long may it continue.