Dianne and I recently had a few days in Paris.
The hotel we stayed in was right by Notre Dame, just across the petit pont. Beautiful.

Below: the view from our bedroom window across to Notre Dame. 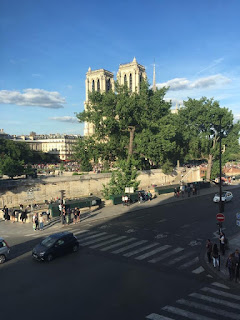 Main items on the agenda for this visit were The Louvre and The Musee d'Armee.
I will let the pictures speak for themselves, so here is just a small selection of the dozens of photos Di and I took: 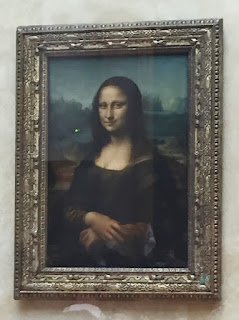 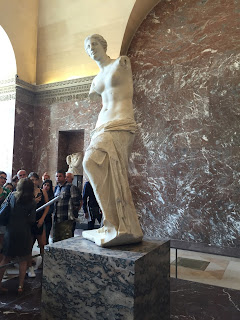 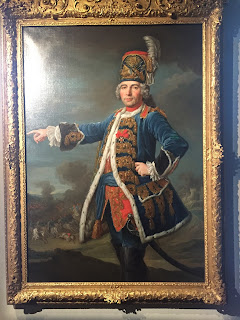 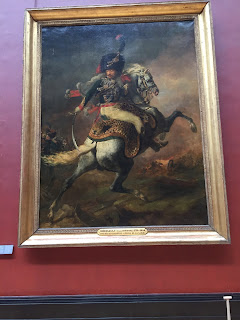 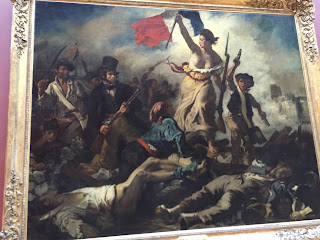 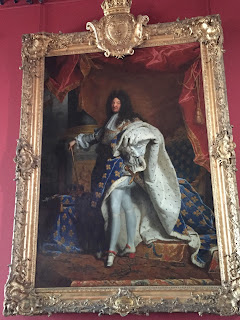 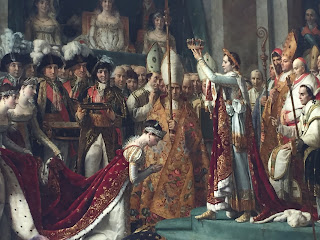 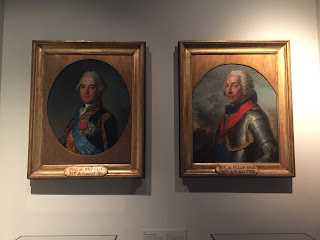 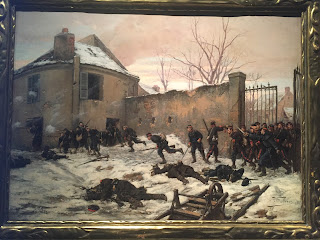 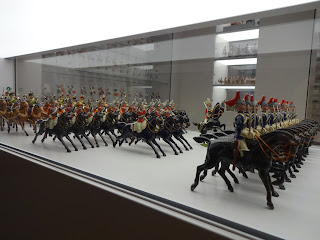 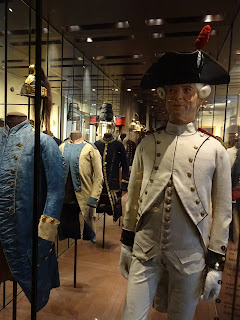 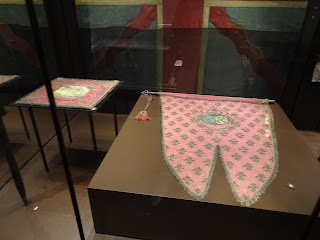 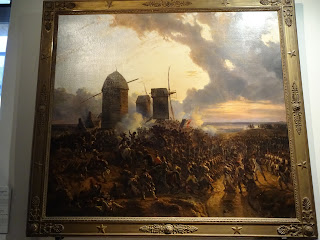 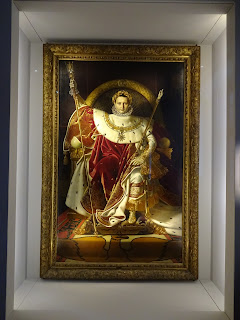 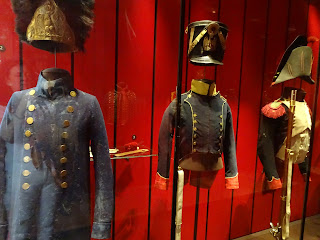 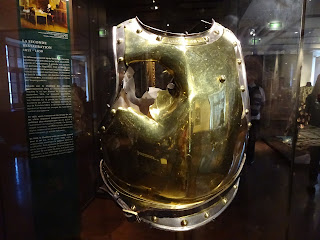 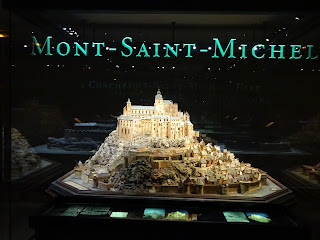 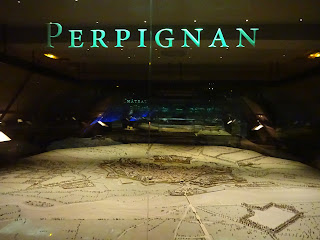 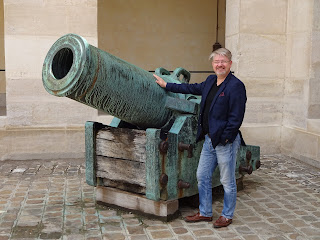 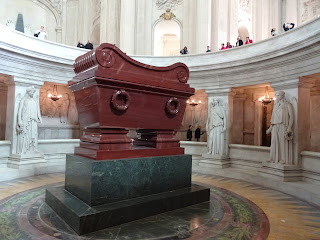 And then it happened.
The terrorist attack at Notre Dame.
Fortunately we were having an afternoon cuppa in a café just along from the hotel, when all hell broke loose. There were sirens, armed fellas everywhere (in uniform, and out of uniform), and a whole commotion around the Cathedral.

Some nutter had attacked an officer with a hammer, and been shot for his trouble.
We were fine, although Di was a little shaken by the experience.
For a couple of hours we were unable to get back to our hotel because of the police cordon.
When we did, the place was surrounded by journalists as can be seen in the pics I took from our window. 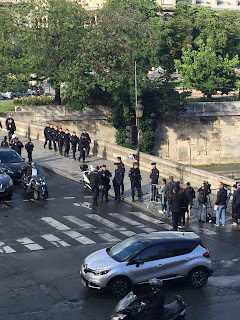 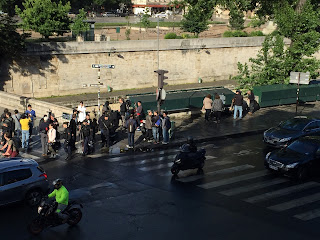 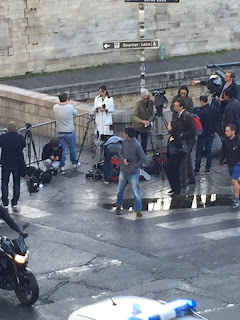 All very dramatic.
The rest of the visit passed without incident, but I reflected on it all.

We had returned from the Musee d'Armee that afternoon, where deeds of gallantry and glory had been all around. Where men serving their country were depicted in paintings and commemorated for having marched, shoulder to shoulder, into a hail of musket-fire, or worse.

So, if a nutter with a hammer thinks he can strike a decisive terror blow against that tradition, against that nation, against that gallantry, then he, and all of his kind (whether armed with hammers, knives, assault rifles, or explosives in their vests) is seriously mistaken.

And as I pondered this, the next morning, sitting in the very same café as we had been in when the attack had happened the previous day, I exchanged pleasantries with a local man and his wife at the next table who happened to have dropped a coin which I picked up and returned. As he left the café, he simply said, "Enjoy the rest of your holiday in Paris" and smiled.

All back to normal.

And while little acts of friendship between nations, between individuals, continue, the pedlars of terror cannot win. 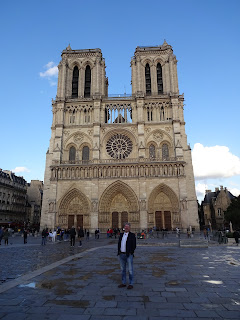 Above: back to normal, after the attack, early evening the square was open again.
Below: later on... across from Notre Dame.
Made me want to break out into La Marseillaise!! 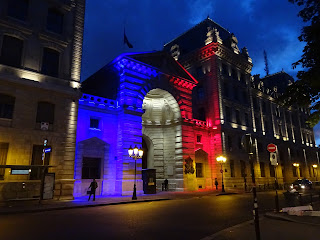 Return of the Queen

Picking up the Pils-Holstein story...

... the last we heard of Teresa (Tessa) Pepisa, aka Tipsy Pipsy, she had returned to Astrovia at the ailing Emperor's request. Turned out she was not the daughter of an Italian merchant/ financier at all, but none other than that of the Emperor! And now, she was set to inherit the title of Empress of all Astrovia.

Having left her beloved King Ferdinand Adolphus back in Pils-Holstein, the latter had reacted with bitterness and heart-break in equal measure. And his old friend Professor Klickstich's network of spies had been hard at work to find out all that was happening in the court of the soon to be crowned Empress.

Now, whether by their own machinations, or not... things had begun to go awry for Tipsy Pipsy.

Her life had revolved around King Ferdinand Adolphus, around the fair lands of Pils-Holstein, and love-sickness and home-sickness began to set in. Coupled with the shock of discovering her true heritage, and the weight of responsibility now sitting on her shoulders, she found herself alone in a strange court, in a strange land, not knowing who to trust.
Her father was ailing very quickly, a man she had never known. And courtiers, particularly those at the traditional end of the spectrum, were doubting whether the new arrival would be able to lead Astrovia in the way that was "best for the Empire".
Despite her arrival in Astrovia initially being greeted with a wave of enthusiasm for her charms by the people of the capital, certain rumours, grumblings, and "spin" had begun against the Empress in waiting.

And than it happened. Major Ligue, Tipsy's trusted ADC, reported murmurings amongst the troops who had defected from Pils-Holstein with her - The Holstein Hussars, and Transvladak Uhlanen, for whom she was Honorary Colonel.
Many of these men had families back in Pils-Holstein, and the realisation dawned now that they could well find themselves at war with their homeland. Ligue reported these facts with courtesy and calmness. He knew the possible outcome.
Love conquers ambition.

And so it was that Tipsy Pipsy began the ride home, to Pils-Holstein, to Ferdinand Adolphus, with the two Light Cavalry units as an escort, just as they had previously left for Astrovia in the middle of the night.
Professor Klickstich had already informed King Ferdinand Adolphus that, in his estimation, she would be on her way very soon. And so, when the gates of the palace courtyard were opened to receive the entourage, rousing cheers of a huge crowd accompanied the long awaited re-uniting. At last!

As Tipsy Pipsy dismounted and rushed across the cobbled courtyard of the Palace of Altgard in the capital of Pils-Holstein, into the arms of King Ferdinand Adolphus (her "sweet FA"), far away in Astrovia, the father she had never known breathed his last. 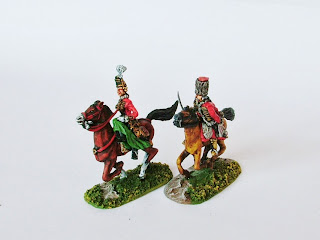 Above: Tipsy Pipsy and Major Ligue.
Below: The Holstein Hussars 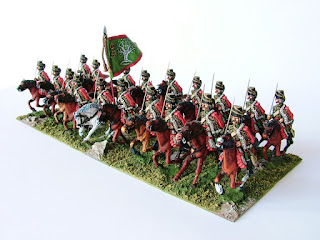 You've seen these pictures before, but a blog update without pictures seemed a little lame.

I've got loads of basing in progress on the workbench, and stacks of terrain bits n bobs that I've been working on of late, all gearing up for a Display Game at Partizan in August.
So with Tipsy Pipsy reconciled with King Ferdinand Adolphus, there's only one thing for it... an excuse for The Astrovan Empire to offer support to the French who have designs on Pils-Holstein.
The scene is set... And King Ferdinand Adolphus has only one place to turn for support. Prussia!

Over the coming couple of months I'll report on some of the build up to the action, in the hope that those who follow the online preparations might come along on the day and see the table at Newark on 20th August.