Last weekend I decided to just lay out the WVS (Wars of the Vaubarian Succession, 1704) armies - not to have a game, but just to enjoy the spectacle as a bit of a morale booster.

There is a tendency to think that in order to have a "proper" horse and musket game one needs to amass huge armies. But that's really not the case. A very fine spectacle can be created from just a few battalions per side, and many interesting and tactically challenging games can ensue.

The whole point of this collection from the outset was to produce something modest, for a small-ish table (this table is just 6x5, but I plan to expand to 8x6), with a couple of balanced armies to fight "teaser-style" games.

In this case, the Astrovians are defending with just 4 infantry battalions (and supporting light troops, cavalry and guns) against a combined Vaubarian-Pils Holstein attacking force of 8 battalions, plus horse, light troops and guns.

So, by many standards a very modest affair, particularly as the units are also relatively small (20 figures for infantry battalions).

The photos are not great quality, so apologies for that. But at least you get the idea.

No prizes for spotting which of Charles Grant's teaser games this is based on... 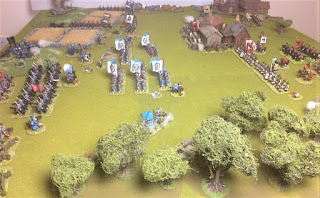 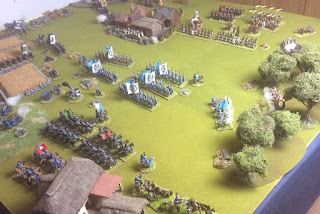 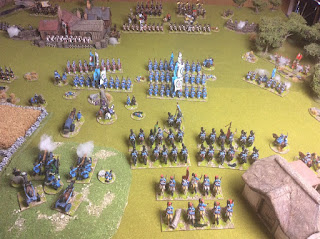 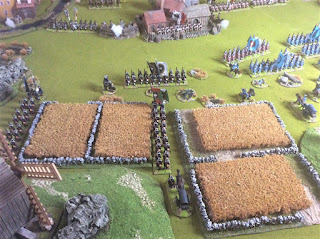 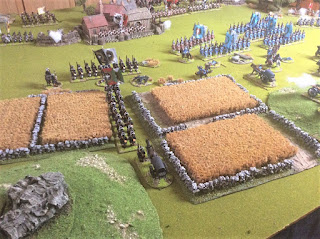 Sometimes, our hobby is great for just 'pottering around' painting a few bits n bobs. You know, the sorts of things that you pick up at shows and then leave lying around until you 'get round to them' at some point - a point that often never comes!

I decided that I needed some more vignettes, some casualties, some fencing, and so on.

I also decided that it would be good to have a few more bits of 'place on' terrain items to represent scrub or rough ground... not huge tracts of wasteland, but the sort of little pieces that make our miniature landscapes a little more interesting than just plain flat grass. When out walking, I often pick up pieces of interesting looking twigs or stones that can be useful for such items.

I had built up a stock of all these things and set about the task...

So... here's a few recently created bits n bobs, made in between painting 'proper' units. 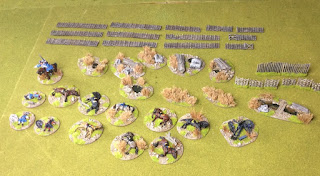 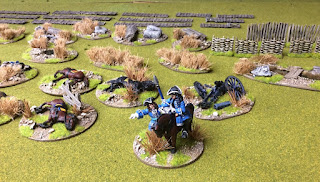 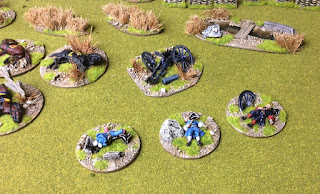 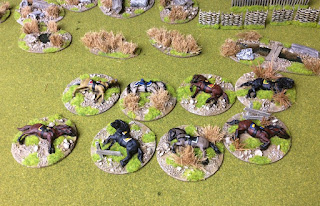 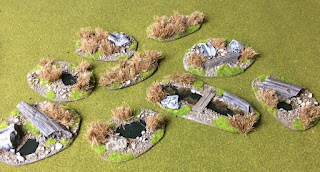 Nothing too fancy, nothing too difficult. But, all useful little items.

For the less verbose, the above post could have just read "Here's a few bits n bobs I've created"... So apologies for that!