This past week, I have managed two games!

First one was with John Boadle and Garry Broom at John's house: an 1866 bash at which I failed to take any photos, but was an engrossing encounter. And thanks again to John for his hospitality.

Second was yesterday with John Kersey who came up for our first game of WAB - part of my continuing re-exposure to the old ruleset (we are using WAB 1.5).
As many will know, John is the WAB ancient Chinese guru, author of the 'Art of War' supplement, and so it made sense to pit my Successors against one of John's Chinese armies.

A thoroughly good game, and again I was so engrossed that I didn't take many photos and those I did take are merely quick snaps. It was a bloody encounter, and ended in an honourable draw, although I think John was being quite generous there. Having said that, my elephant (in the room), ably assisted by some Greek allied cavalry, caused no manner of trouble to the Chinese right flank and eventually was left with no one to fight. On my right wing, Philipolytas 'the Highly Offensive' was just that... offensive. Following his previous outing (see a previous post) he decided that this time he would be very positive at the head of the companion wedge, driving off one enemy unit and severely blunting the enemy chariot squadron... however, he ended up positively 'deaded' for his trouble. But the companions remained intact.

In the end, troops were scattered everywhere, and we'd had a really good time. The inclusion of a couple of tense musician 'roll-offs' in the centre had added to the excitement and made the game what WAB should be about - fun. 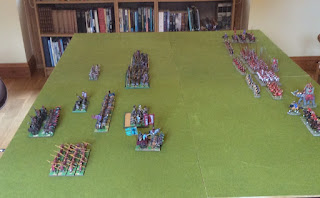 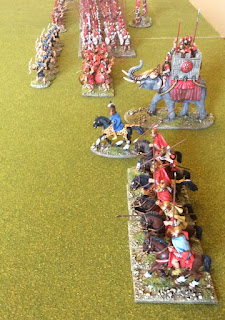 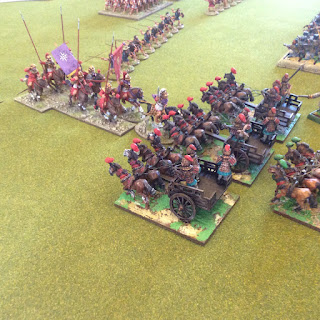 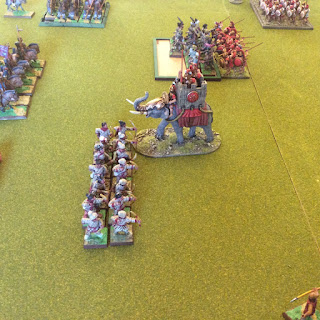 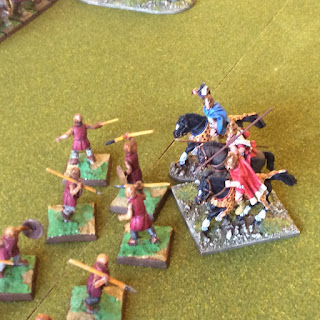 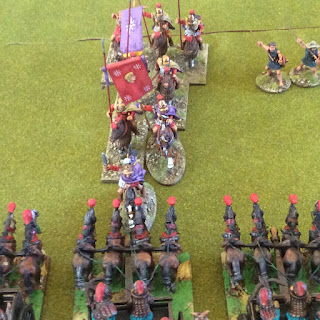 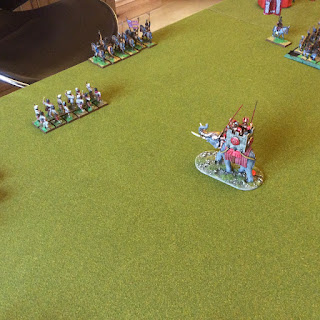 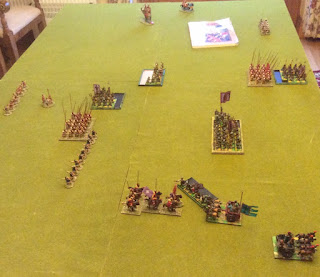 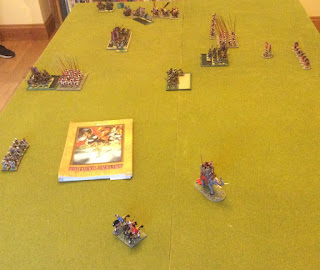 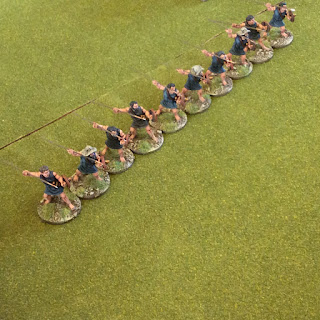 The final picture shows the unit of Agrianians I recently painted.

Inspired by recent WAB games, I have more ancients on the painting desk. And more games in the diary...

Last weekend, I had the immense pleasure of welcoming Andy Moran for our first game of WAB together. It's been many years since I played WAB and the same was true for Andy, so we took it rather gently, just really getting used to the mechanics again in this first encounter.

We opted to have a plain tabletop, and simply deployed and went at it.

It was a hard-fought game with Andy's Greeks causing me problems all over the table. Fortunately, for my Early Macedonian Successor Army, the game swung in my favour and a minor victory was achieved... thanks in part to a rather fortunate first roll for Oracles (I opted for an army in which Oracles were preferred to unit standards). My elephant caused more consternation in the enemy than real damage and did tie up Andy's right flank considerably. However, i found my left flank Thessalian cavalry outnumbered and broken by a couple of units of Greek cavalry, so it was a tricky situation. On my right, Philipolytas 'the Great' (Philipolytas 'the decidedly average' might be a better title) managed to get himself and his companions charged by some infuriating peltasts, but won out in the end.

Eventually, my central phalanx units (after some pretty poor dice rolling) did come out on top.

Here are just a few snaps taken during the game (when we remembered to do so!)... 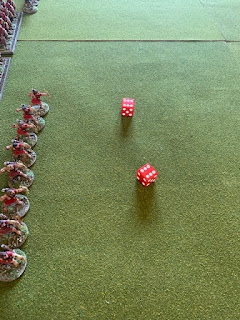 Pictures below taken by Andy 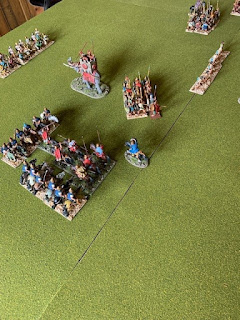 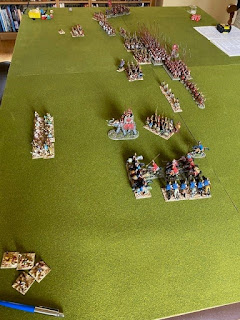 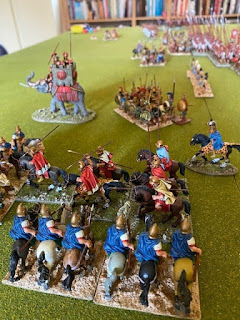 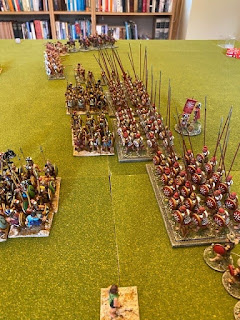 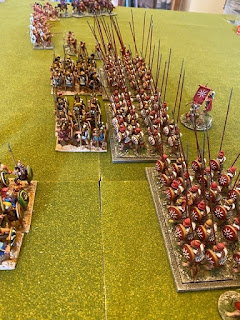 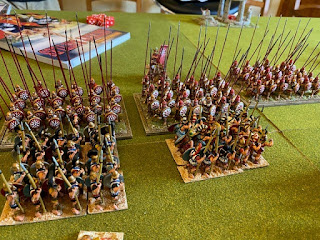 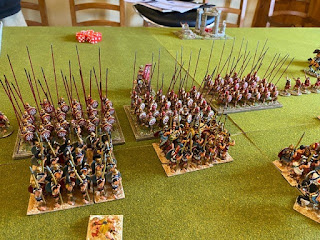 It was a great game, played in true WAB spirit of being fun and exciting. We learned lost of lessons as we went along, both in relation to the rules and also tactically.

Philipolytas has been sent on an Aggressive Leadership course, and the phalangites are considering actually arming themselves with pikes that work next time!!!

And, there will definitely be a next time.
Thanks to Andy for a great afternoon... more to come.