A Game and a Building

Despite my lack of posts, there's been quite a bit of wargaming activity of late, and also coming up.

The other evening I joined with John Boadle and Garry Broom at John's home for a Franco-Prussian wargame. We used part of a large collection of figures which they have been working on revamping over the past few years...all from the old Foundry range.

I can only imagine their delight to see the Perrys come out with a new range! Lol! But at least John is making the artillery piece masters for the twins for the new collection, so "swings n roundabouts", as they say!

Here are a couple of snaps I took quickly on my iPhone whilst the game was in progress. 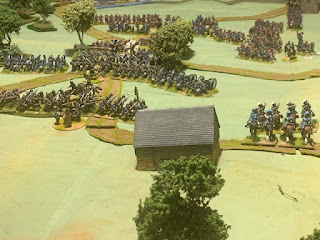 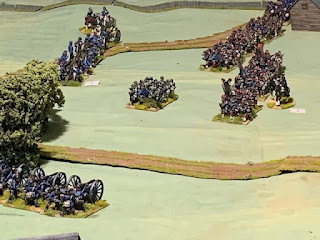 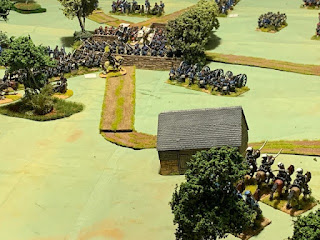 Around 2 years ago, John was kind enough to give me some one-to-one model building mentoring over a couple of visits, working on a German style building for the 18C.

I was inspired and intimidated in equal measure by John's skills, and somehow the finishing touches on the painting were never done (which was my job!).

Well, John recently said he would complete the painting for me, and the other evening he presented me with the finished piece... and I think he has done a great job. I'm delighted with it. Still inspired and intimidated... but delighted. 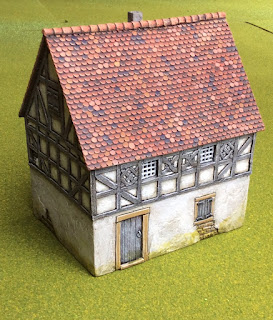 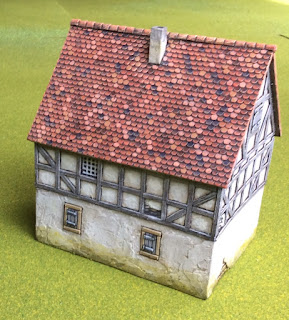 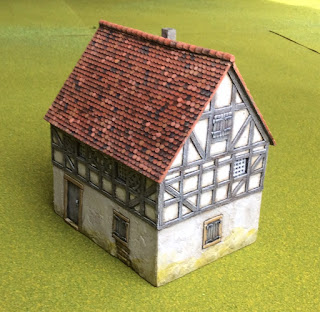 That's all for now... but I may post again soon, as I am having an ancients game this coming weekend.

I'm dusting off the WAB rulebook, picking my 2000 point Early Macedonian Successors Army, and preparing to welcome Greeks (whether bearing gifts or not) courtesy of Andy who answered my call for 'local opponents' on the WAB Facebook page. Looking forward to it very much...