One of the little features of the recent Partizan game was the inclusion of some mortars. 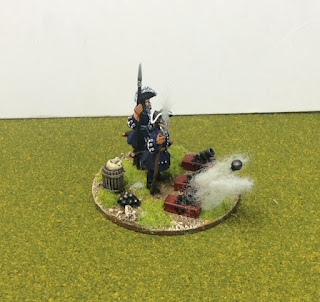 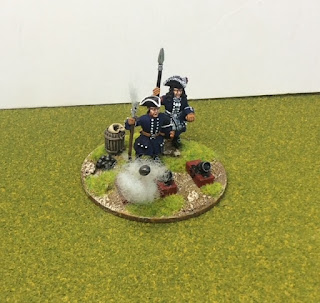 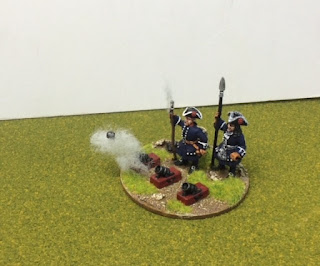 ... and a larger emplaced mortar piece: 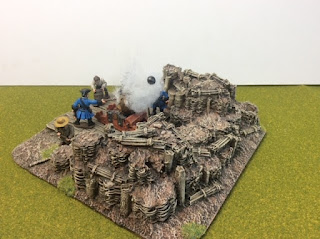 I enjoyed modelling these. I figured the Coehorn mortars were portable, and merely added a couple of Pils Holstein officer figures to operate them.

The larger piece has been used previously in the mid-18C collection. Using separate crew figures and simply tacking them to the emplacement allows flexibility for it to appear in a number of my Horse and Musket projects.

Post Partizan, I had many reflections on the show and how the day went.

It was great to be back 'on the circuit', the only disadvantage being the lack of time to chat. Specifically, apologies are due to Peter and Kevin of the Iron Brigade who both stopped by for the very briefest of chats and we didn't really get much beyond 'hi'.

Apart from that downside, putting on games at shows has always been invaluable in creating hobby project waypoints, spurring on the painting of an extra unit, or to finish a terrain item or vignette.

So, I plan to do more... indeed plans are beginning to formulate for the next Partizan in May 2023.

The Partizan show, as always, lived up to expectations.

From what I could see, looking around the hall, there were some terrific games on show. Unfortunately, Steve was unable to join me this weekend, and so I was 'flying solo' and therefore unable to get around the show and see the other tables.

So, without further ado... here are some iphone snaps of my game... The Battle of Brunnenstadt. If you look closely, you'll see a number of vignettes that I have worked on recently but haven't previously shown on the blog - the Grenadier storming parties, the evacuating villagers, the Pils-Holstein coehorn mortars, and many more... 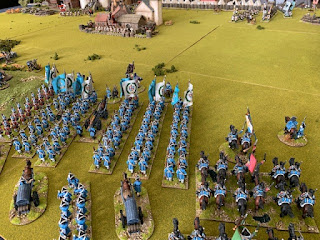 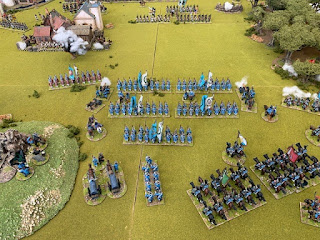 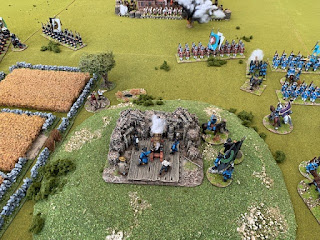 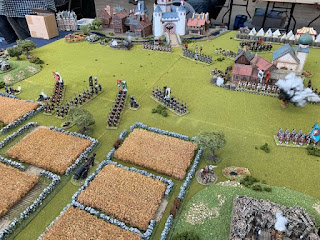 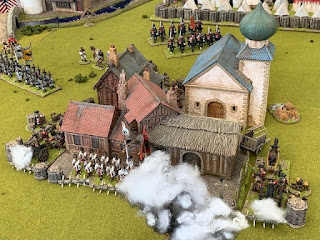 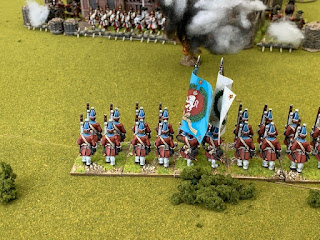 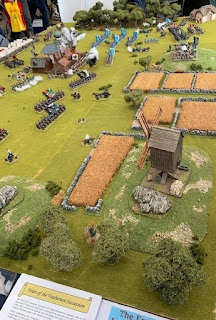 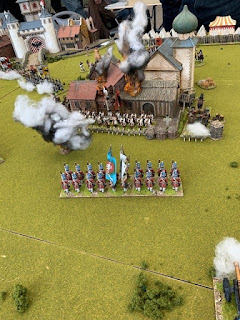 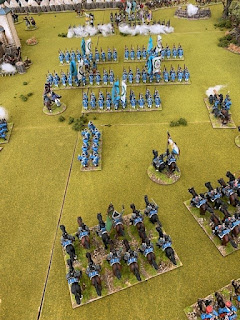 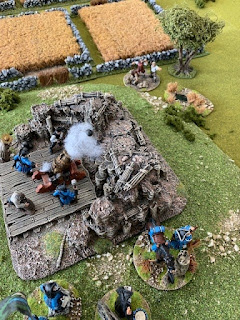 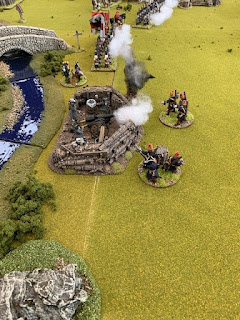 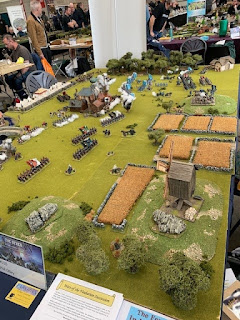 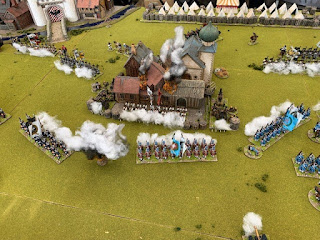 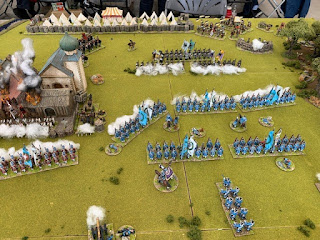 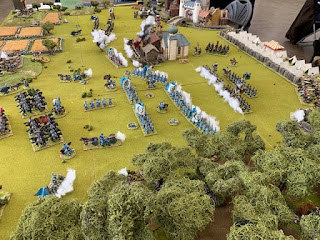 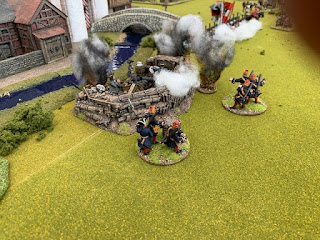 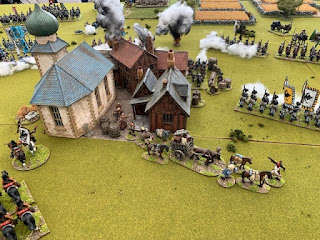 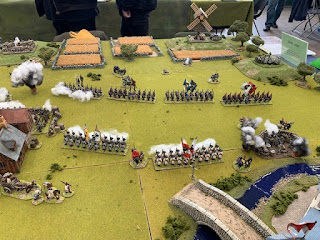 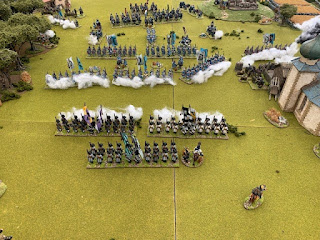 A really enjoyable game (although I didn't get to play it properly as I prefer to chat to people visiting the table). The working windmill kept turning all day!

Thanks to Richard and Laurence, and all the other helpers and organisers who never cease to ensure the show is a joy to be involved with for those putting on games.

And thanks to the many visitors to the table. I was thrilled with the reaction to the game, and the messages of support made it all worthwhile. Many readers of this blog came up to me and said that following my ramblings had helped them organise their own thinking around wargames projects, and many said it helped keep them in the hobby this past couple of years. I also received some fantastic feedback on Facebook, and via many personal direct messages and emails. Much appreciated.

Thanks are also due to Lisa, the lady in my life, whose first wargame show this was and who stayed to the bitter end to help me pack away the game having originally only been going to "pop in for an hour or so". Thanks to those who came by and chatted to her while I was busy moving troops around on the table. She certainly wasn't bored, although quite what some of you said about me remains a mystery!! 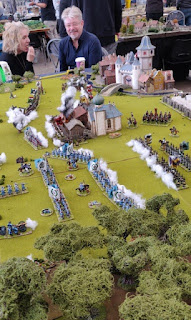 This final picture was taken by David Bickley and copied from his blog (hope you don't mind, David), where he has a full and excellent report on the whole show (see Tales from GHQ link in right sidebar).