A Show, Gaming, and a Book

Well, the last couple of months have to be the busiest on record for me, but that's no excuse for not writing up the Battle of The Elbaubach which we conducted at The Cotswold Open Day on 1st September. So, my apologies.

Having said that, others have already covered the day, with ample reports and pictures (including many of our game), so I have very little to add ... And it does rather seem a bit late now anyway!
Suffice to say, Steve and I had a good day, we won a prize for the painted armies (presented by the esteemed Stuart Asquith), and the game got played to a conclusion twice through.
Well done to Keith Flint who put on a good show. And thanks to those who attended and showed an interest in our project. We will, hopefully, return next year, perhaps with a more 'participation-style' game... Although even for this year I didn't actually get to play in the game, so insistent were visitors to the table that they should take command! Following set up, my foray into the village to obtain sustenance in the form of bacon rolls, saw me return to a battle in full swing!
It was good to see the forces laid out on the tabletop though. 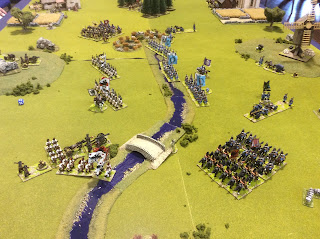 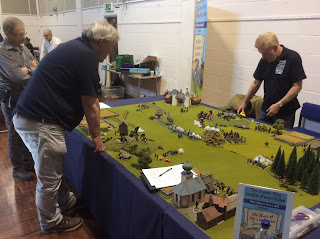 Above and below, Steve and Keith go at it in the second game. 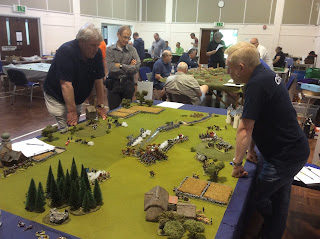 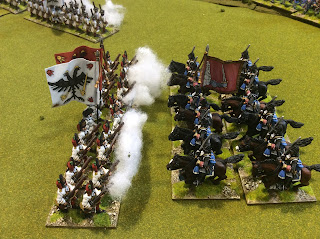 Above: death ride of the Vaubarian Cuirassiers Vogts.

More recently, Dianne and I were out for a quick bite one evening at our local hostelry, The Saracen's Head in Balsall Common. One of the quirks of the establishment is that they bring the bill to you inserted in an old book... Various titles are used, at random, from classic literature to all manner of encyclopaedic tomes. On this occasion, flicking through the pages, I found some of the chapter headings enticing, and then realised it was a book by Peter Young, from 1958. I asked if I could purchase the book, and the manager offered it for free, in return for a positive tripadvisor review. Result! 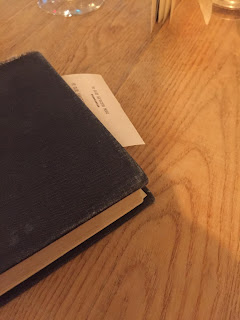 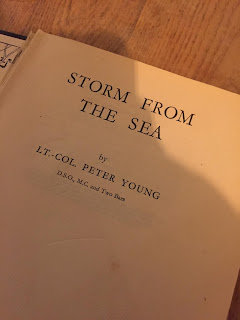 This coming week, Steve and I have called a General Meeting of The Fosseway Indie-Fencibles, to address the coming year, projects we fancy doing, where we take The Wars of the Vaubarian Succession, and other such wargamery. The reality is that we're meeting up for a chin wag.
We've chosen a new venue, with the sort of connotations readers of this blog might appreciate. It's a pub in Moreton in the Marsh which apparently was the inspiration for Tolkien's "Prancing Pony". Seems apt. Looking forward to it.