The Croats arrive - at last!

As part of my ongoing 'finishing spree' another unit which has been long in the pipeline is a bunch of Thirty Years War Croats.

Over a decade ago, I did a lot of TYW stuff (some may remember my Breitenfeld Blog which showcased that particular project back then).

Brian Rigelsford had a habit of sending me 'rudimentary sketches' (works of art to us mere mortals, but 'rudimentary sketches' to Brian). He would then describe over the phone how he would do the figure 'master conversions' and then ask if there were any that I didn't want!! A master salesman as well as a terrific artist (a rare combo).

Of course, I could hardly resist, and lo and behold a few days later a parcel would arrive with the figures inside... a mass of miliput, a few bits of original metal showing, but mostly miliput. Even the horses for these Croats were 'cut and shut' jobs allowing for all sorts of active poses.

For most figures, I painted them myself, but some I sent away to get professionally painted. In the case of these Croats, I sent them to David Jarvis to get his masterful treatment.

They arrived back and I was delighted with them. To my eternal shame, they then sat in a box for a few years and I simply didn't get round to basing them and doing the flag...until last week.

So here they are at last, after about a decade! Good job it was the thirty years war, not the ten years war, or they might never have made it to the battlefield!

Here is the unit with Brian's original concept sketch. 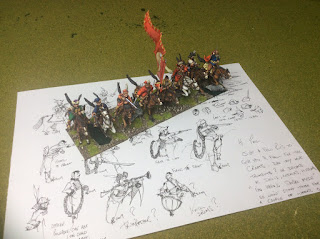 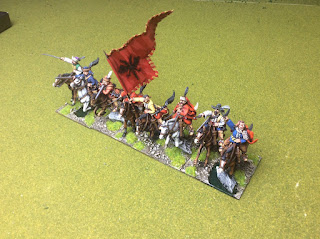 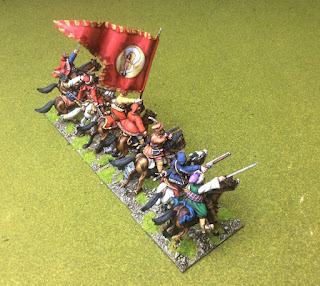 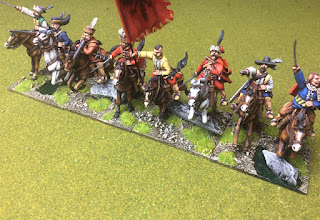 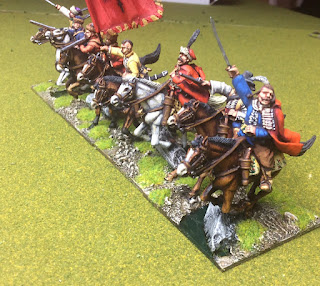 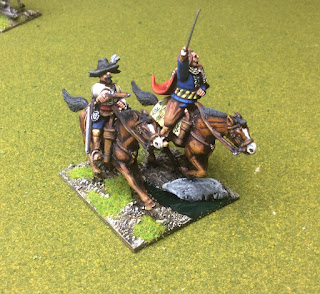 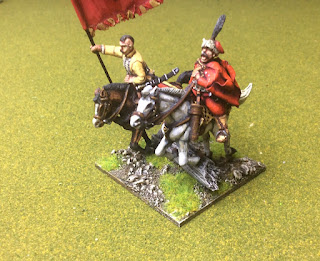 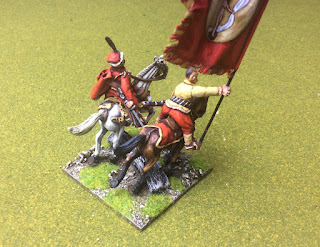 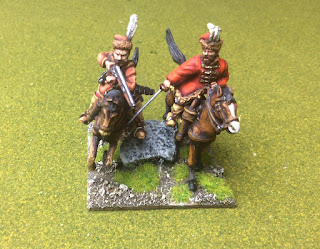 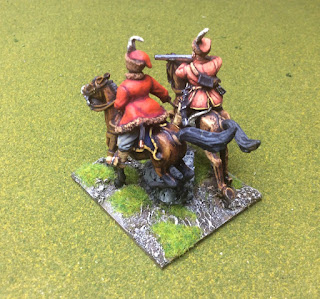 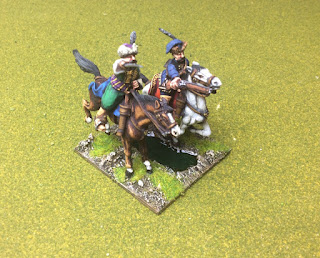 Finally, in addition to the unit itself, as a 'bonus piece', Brian produced a lovely little vignette, hinting at the nature of the TYW where many innocents were caught up in "Europe's Tragedy". 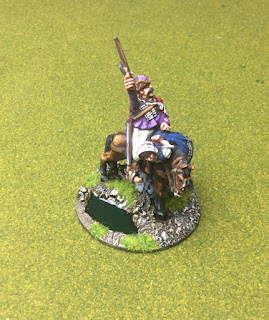 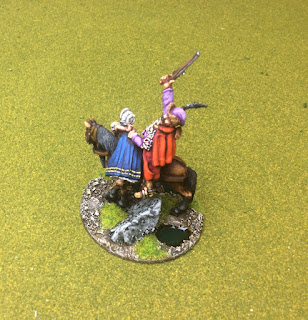 Until next time, I hope your "Black Friday" is going as well as can be expected.