Thanks to those who've been commenting on my past couple of posts about the various projects I am working on - The Grand Warcabinet "Tractor Plan".

Just thought I would follow up on the subject of the TYW and look at what I want to do to get this project "finished". 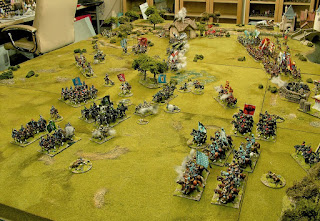 I do have some cavalry conversions that Brian Rigelsford made for me so want to paint those. I could do with a couple more regiments of Swedish cavalry in total.

I also have a rather nice Rigelsford command vignette of Gustavus Adolphus that will look great at the head of the army.

And one more unit of infantry for this army would be good too... possibly a Scots unit in Swedish service.

A couple more cuirassier regiments would give more 'heft' to the army, and maybe another large infantry tercio.

The artillery for both sides needs some attention, and I have most of the figures I need to do this.

There are loads of special vignettes that Brian made that are lovely groupings of figures. These really add to the flavour of the display and will bring it to life. 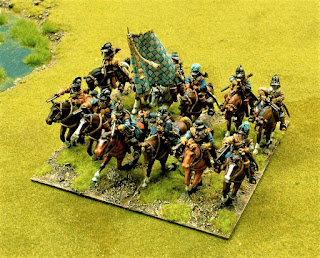 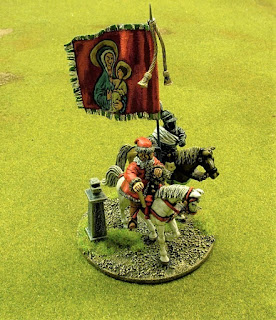 At the moment, my plan is to tackle this over the two years once the 1704 Wars of the Vaubarian Succession project is complete.

Of course, every wargamer knows that "finished" is a will o' the wisp...