Over the weekend, I have played a solo game set in The Wars of the Vaubarian Succession, as shown in the layout in my previous post.

It was a really straightforward encounter action.

And I'm sure some blog visitors might be able to recognise the parallels, in terms of rough set up, with a well-known 18C battle. No prizes for guessing.

Meanwhile, here are just a few shots of the game. 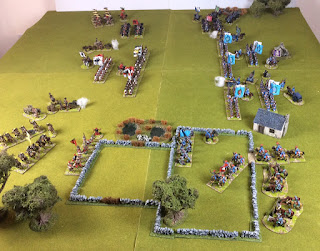 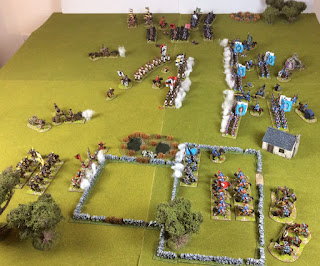 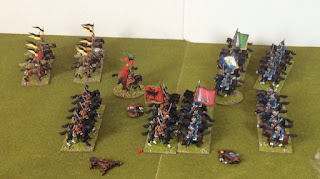 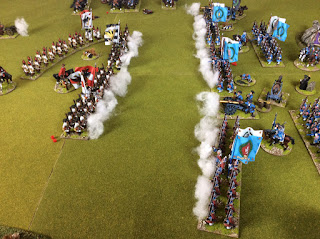 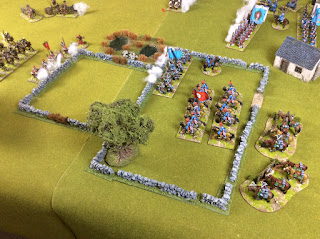 In the end, the Astrovians found themselves on the receiving end of a hammering, once the Vaubarian firepower took hold. The poor Astrovian attack faltered as they were significantly outnumbered in the centre. Their cavalry also failed to make a breakthrough on the left, even though the lancers did well in the first round of combat, eventually their heavier Vaubarian opponents won through. On the Astrovian right, the enclosures were hotly contested, with neither side willing to make the decisive push, and a stalemate ensued.

and I've got some new troops fresh off the painting table to show, once I take a few pics. So, next time...