Thanks to everyone who commented on the previous post. Much appreciated.

It has spurred me on to speed paint a new contingent for The Wars of the Vaubarian Succession... a brigade of Pils Holstein infantry.

One of the features of the early 18C wars is the polyglot nature of the armies, with contingents being provided by numerous states to make up the force compositions at various times. So, I felt it appropriate to do the same in my imaginary world too. And, after all, Pils Holstein does feature in so many of my projects, so why not this one?!

I have used the Front Rank Danish figures for the period, and simply painted them to represent the Pils Holstein battalions:
IR 1 Leibgarde, IR 2 Wolfsheim, IR 3 Braunschweig 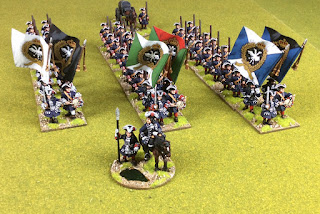 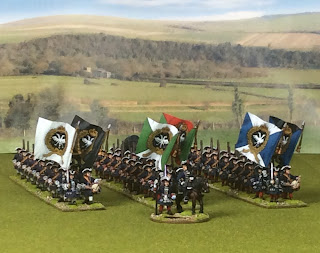 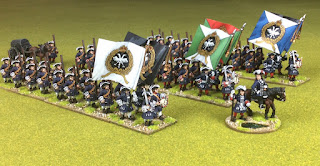 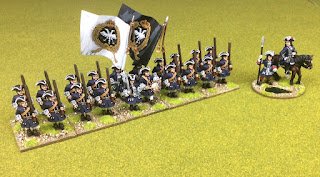 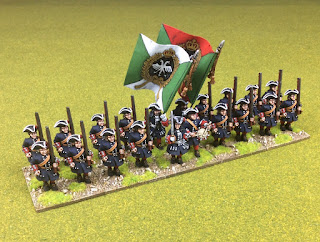 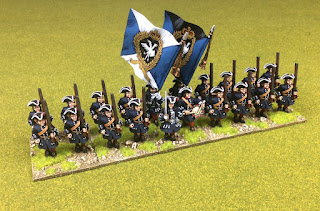 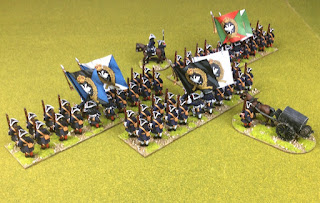 At present, it is unclear from the diplomatic wranglings which side Pils Holstein will take in the hostilities, but time will tell.
An enjoyable painting output for April, since when I've been working on a few more things...
Posted by Phil at 14:46